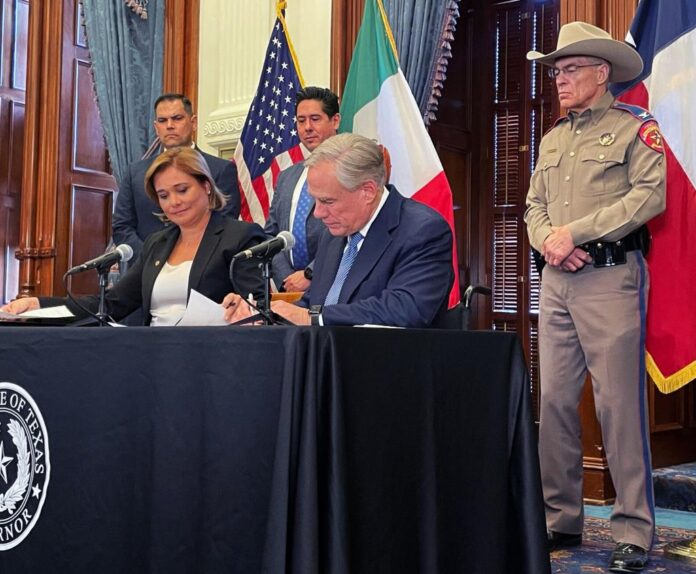 Foreign Minister Marcelo Ebrard travels to Washington to explore an immigration agreement with the Democratic administration and negotiate a position before the Summit of the Americas.

The negotiation of a migration agreement between Mexico and the United States has become a priority for the governments of the two countries in the face of the crisis that has increased pressure on the more than 3,000 kilometers of shared border. Mexican Foreign Minister Marcelo Ebrard plans to travel to Washington on Monday precisely to discuss, beginning Tuesday, issues related to development cooperation and prepare for participation in the Summit of the Americas to be held in June in Los Angeles. On the eve of his visit, however, he wished to express the government’s resounding rejection of the strategy of the Texas governor, Republican Greg Abbott, head-on against the Democratic Administration of Joe Biden. Ebrard even described his methods of blocking the crossings as “extortion”.

The statements of the Secretary of Foreign Relations, collected by Milenio during an act in the northern state of Nuevo León, reflect the discomfort of the Executive of Andrés Manuel López Obrador before the additional inspections of trucks and buses that unleashed chaos on four bridges during Holy Week international. “Let me put this in quotes: It’s the extortion scheme. Rather, it is extortion: I close the border and you have to sign what I say, ”he denounced, referring to the agreements reached by Abbott with his counterparts in Nuevo León, Tamaulipas, Chihuahua, and Coahuila.

“That’s not a deal,” Ebrard continued. Mexico’s position is that migratory challenges are not a national problem, but a shared, regional one. And the most challenged country is the United States. Since Biden’s arrival at the White House in January 2021, both parties have assumed that the phenomenon must be dealt with through dialogue, that is, not like before, when Donald Trump sought to impose his decisions on this matter, mainly through tariff threats. The former Republican president was the one who, in the midst of the spread of covid-19, applied a measure called Title 42, that facilitates the rapid deportations of migrants using the pandemic as a pretext. Washington now threatened to lift this regulation at the end of May, but the simple attempt caused the entrenchment of several rival governors, including that of Texas.

The backdrop to this battle is the November midterm elections, and Biden finally chose to step back following a Louisiana court decision temporarily deferring the dismantling of Title 42. Pending a new hearing, He stated that he will abide by what the courts say. Meanwhile, Governor Abbott has shown that he is in a position to shut down much of the border. The operations that he deployed not only caused queues for miles, but also led to protests by carriers and even some acts of vandalism presumably carried out by organized crime. In the city of Reynosa (Tamaulipas), for example, several trailers burned in the midst of the lack of control.

Both Ebrard’s statements and his trip to Washington are framed in this context. López Obrador spoke on Friday by phone, for almost an hour, with Biden and both agreed to continue moving forward to analyze the coincidences. The conversation, according to both parties, made it clear that efforts must be increased to reduce irregular migration, seeking formulas that respect human rights and are effective at the same time. In the short term, the first forum in which some progress could be made is the Summit of the Americas. However, in this respect also Mexico has some requirements. In the first place, that the conclave be held “without excluding anyone”, in reference to Cuba’s invitation.

This week will be, in any case, the key to exploring a regional collaboration framework. López Obrador travels to the northern triangle of Central America on Thursday precisely to address migration issues with the governments of Guatemala, El Salvador, Honduras, and Belize. Later, he will travel to Cuba next weekend. The central purpose of the tour is cooperation for development. Central America, which since the end of 2020 has seen the migrant caravans multiply again, is a determining territory not only for Mexico but also for the United States since the southern border always anticipates the situation on the northern border.