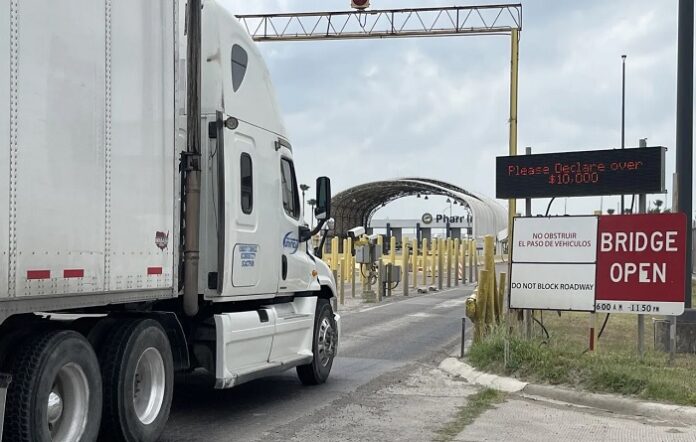 Gov. Greg Abbott continues to meet with Mexican officials, as he works to resolve issues with inspection times at the border.

On Friday, Abbott will hold a press conference with the Tamaulipas Gov. Francisco Javier García Cabeza de Vaca, in Weslaco.

Following the decision to end Title 42, Abbott announced a border security plan. Phase one of the governor’s plan included enhanced inspections of ‘unsafe’ commercial vehicles by the Texas Department of Public Safety (DPS) and busing migrants to Washington D.C.

Phase one resulted in delays of up to 12 hours for manufactured goods, parts, and produce crossing the border.

Abbott called on Mexican officials to enhance their security measures in an effort to stop delayed wait times. The governor said he has no intentions to stop stepped-up truck checks until Mexican governors enact enhanced security measures south of the border.

Receiving calls from other governors in Mexico, including Chihuahua and Coahuila, Abbott has met with many who have already begun seeing results.

The governor of Nuevo Leon, Samuel Garcia, signed a memorandum on Wednesday to cut back on DPS inspection at a shared border crossing. The Chihuahua Gov. Maru Campos signed a similar memorandum Thursday.

The press conference will be taking place at 3 p.m.