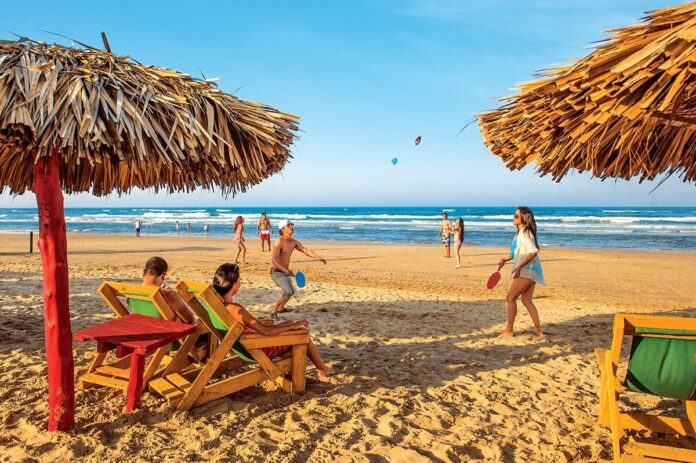 Due to its tourist attractions of beach, sun, and ecotourism, the good condition of the roads, and the security conditions offered to national and foreign tourism, residents of CDMX, Nuevo León, and Texas, among other entities, chose Tamaulipas to vacation during the period of Holy Week.

Also, ecotourism destinations such as the Guayalejo River in the municipality of Llera, with attractions such as handicrafts, products made in the region, and the operation of trajineras in the waters of this important tributary, are visited year after year by hundreds of national and foreign tourists.

60 percent of economic spillover and visitors are generated by the southern area of ​​Tamaulipas, the remaining 40 percent magical towns, other beaches, and cities reported Fernando Olivera, Secretary of Tourism in the state, noting that Miramar beach will prohibit drinking on the main ave.

He explained that they will not be allowed to stop, open the trunk or in the vehicles and start drinking, they will be invited to party at the beach.

There will be grills, and there will no longer be a reservation application on the beach.

“In terms of US alert, we are above level four and there is no specific alert not to travel to tourist destinations in Tamaulipas and  Bagdad beach will surely be visited by the residents of southern Texas.”

“There are no cancellations in hotel reservations due to the fire in the Biosphere, the reserve has an area of ​​144 thousand hectares, and there are areas where ecotourism is practiced that have not been affected by the fire.

One is allowed up to Ejido San José, Las Pozas and all of Gómez  Farías is open, it is already controlled up to the elephant area.

We expect 90 percent occupancy, which has not been seen for years. We are expecting over two million visitors to the state, to continue with the recovery”, said the Secretary of Tourism in the state.

March was tied with the previous year in 2019, when the highest figures were achieved and it is being exceeded and the expected spill is two billion pesos, the south of Tamaulipas is historically the most demanded, 60 percent of income from economic spill and visitors and the rest in towns and cities.