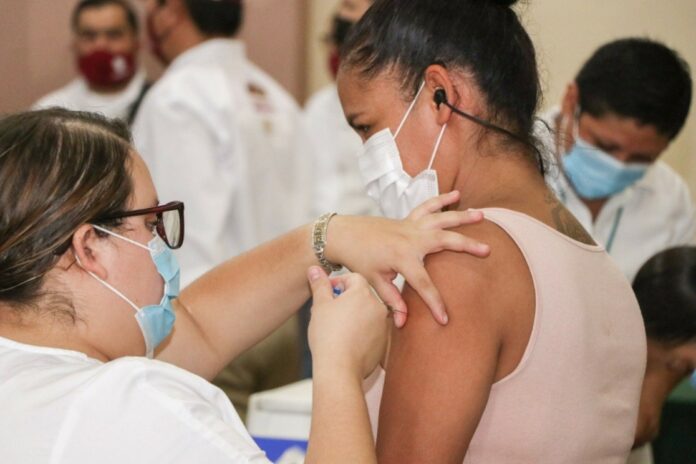 Vaccine shots that were scheduled to be trashed in Texas are, instead, saving lives in Mexico.

Instead of throwing out expiring doses in Texas, they’re transported to Laredo.

“The city of Laredo and the city of Nuevo Laredo have worked on issues through the years. And that’s where we got the idea trying to do something to help the city of Laredo, the people in Laredo, because you have so many people coming over back and forth every day and so, that’s how it started,” state Rep. Richard Pena Raymond said on Inside Texas Politics.

While Laredo already had one of the highest vaccination rates in the state, more than 96%, the Texas Tribune reports Nuevo Laredo has seen its vaccination rate jump from an estimated 7% to around 50%.

When the program first began last June, the Texas Tribune says Mexico was reporting only a 10% vaccination rate overall. Because of the constant interaction between the two communities on either side of the border, the benefits of the program go much deeper than vaccination rates.

“As that program started, then you started seeing fewer people end up in the intensive care unit. And the trajectory started going slower, instead of going up as rapidly as it had gotten,” said Raymond.

The unique program is currently scheduled to run through April when it will be reevaluated. And while the state isn’t directly involved, it is supportive.

Raymond says he doesn’t know if it will be renewed, but he’s not heard of any controversy around a program he says should be considered nothing but positive.

“If there is controversy, I guess I haven’t read about it yet and certainly nobody’s called me and it’s not popping up a lot in Laredo, or at least not that I can see it and I just went through a campaign,” he said.