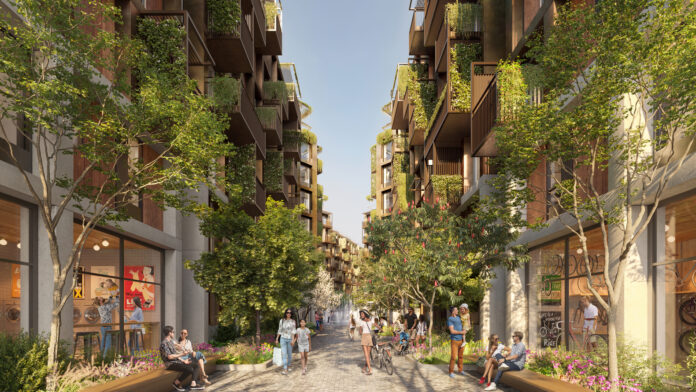 Tampico began to bet on innovative projects such as mixed buildings, which house homes and businesses in the same space.

Carlos de la Rosa, Secretary of Urban Development of Tampico, affirmed that in the city there is a potential for vertical growth in the face of territorial saturation.

For this reason, the Territorial Ordering Plan in Tampico was modified in important avenues to give the opportunity to said developments”.

“Homes and businesses can be combined, that is the opportunity that you have in Tampico, it is the future,” said the secretary.

On the other hand, the minister recognized that the state is imitating the construction of mixed buildings in Nuevo León or Jalisco.

“There are success stories in cities like Monterrey, San Pedro Garza García, Mexico and Guadalajara where mixed vertical developments are successful.”

He explained that the greatest advantage of this type of construction is the comfort that it represents for citizens to have everything in a certain perimeter.

“You don’t have to leave an area to shop because there are anchor stores. Companies give priority to these spaces that avoid saturation of roads and speed up the dynamism of commercial areas”, he added.

Mixed buildings and roads, are a priority for the future

The state authorities reported that, in addition to promoting the advancement of mixed buildings, work should be done on the roads of Tampico. This, with the aim of improving the quality of life in the capital of Tamaulipas.

To do this, they made changes to the Urban Development Plan in the city’s main avenues, such as: