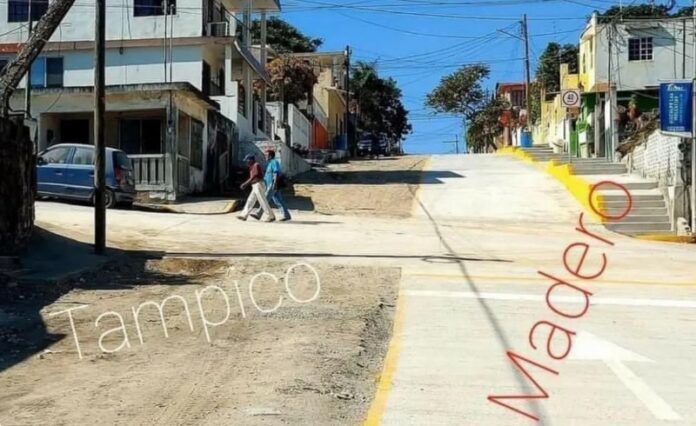 CIUDAD MADERO, TAMAULIPAS.- In Tamaulipas, the local authorities paved half a street since the other part belongs to another municipality, causing annoyance among the residents, who complain about the work, which was not done evenly, so they demand that it be concluded.

According to the director of public works of Ciudad Madero, Luis Carlos Leal, the improvement of the streets was done in conjunction with Tampico, however, the economic resources were insufficient, so it was decided to put concrete in the municipality where he works.

On the other hand, the councilor of the Public Works Commission, Mayra Ojeda, asked the authorities of Tampico to hold a meeting to address the issue, to review the status of the work.

“It is no longer the responsibility of Ciudad Madero, if it affects the residents on one side of the street, it is not our problem”, Mayra Ojeda concluded.