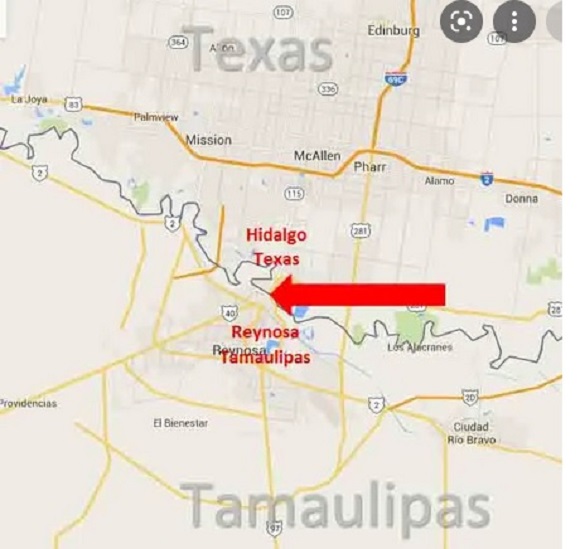 “CBP Field Operations is always ready to assist our law enforcement partners in locating those wanted persons with outstanding warrants, especially those allegedly involved in heinous crimes of a sexual nature,” said Port Director Carlos Rodriguez, Port of Hidalgo/Pharr/ Anzalduas. “We also work with our Mexican counterparts to apprehend fugitives.”

On Oct. 13, 2021, officers with the U.S. Marshals Service arrived to the Port of Hidalgo and requested assistance to take custody of David Michael King who is wanted for statutory rape. The 52-year-old man was apprehended by Mexican authorities as he attempted to travel into Mexico. CBP officers took custody of Mr. King at the U.S./Mexico boundary. Once in the secondary area, biometric verification confirmed his identity and the outstanding felony arrest warrant out of Springfield, Missouri. The warrant is for statutory rape, a first-degree felony.

Later that day, CBP officers at the Hidalgo International Bridge encountered Christopher Colin. The 24-year old man arrived from Mexico as a pedestrian at the Hidalgo-Reynosa International Bridge and a CBP officer immediately secured him after discovering Colin was a possible match to an arrest warrant. Once in secondary, biometric verification confirmed his identity along with the active arrest warrants from the Hidalgo County Sheriff’s Office. Mr. Colin is wanted for sexual assault on a child, a second-degree felony.

Criminal charges are merely allegations. Defendants are presumed innocent unless proven guilty in a court of law.

Vigilantes in Tamaulipas, alleged thieves tied up and painted as the Joker

Five-year-old girl left alone on an island in the Rio Grande between the U.S. and Mexico