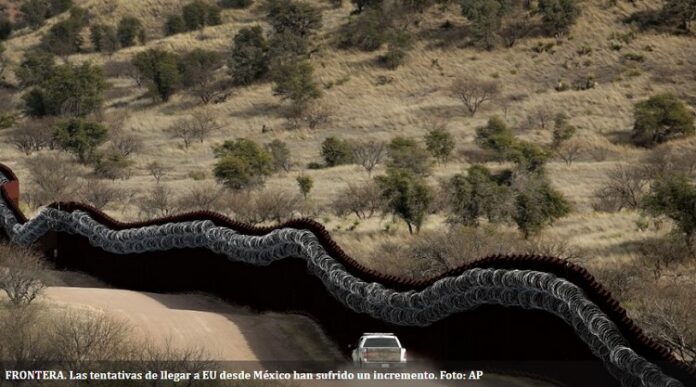 Matamoros, Tamaulipas (July 19, 2021).- A Mexican immigrant died while trying to climb the fence on the border between Matamoros, Mexico, and the Texas city of Brownsville (USA), reported the Office of Customs and Border Protection of the United States (CBP).

The event occurred last Friday, July 16th, when Border Patrol agents assigned to the Brownsville station received a warning that a person fell while trying to overcome the dividing barrier near the Gateway International Port of Entry.

Border Patrol officers found the Mexican on the ground with a leg injury, CBP said.

The immigrant was taken to a nearby medical center by emergency medical services, where he underwent two surgeries to treat injuries sustained from the fall.

However, the man did not regain consciousness after the administration of anesthesia and remained hospitalized in critical condition.

Life support was withdrawn from the Mexican, who was not identified by US immigration authorities, and he finally was pronounced dead.

Toddler and baby abandoned at the bank of the Rio Grande, on the Mexico-US border