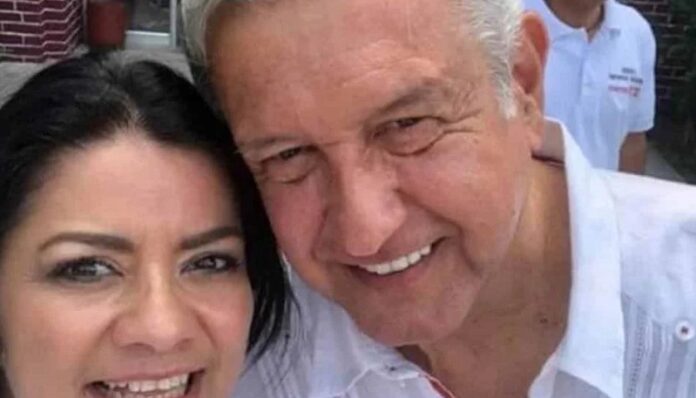 Morena’s registrations in Tamaulipas occurred “in the dark”, both in the candidacies for federal, local and mayoral councils, because the Morena political party is totally disorganized, lacks a spokesperson, and the party’s state leadership has not issued an official statement on who has been registered.

Ciudad Victoria, Tamaulipas. – Andrés Manuel López Obrador’s niece, Úrsula Patricia Salazar Mojica, “doubles up” in her political aspirations, because, although she is already registered as a candidate for federal deputy for the 8th federal district, she also heads the multi-member list for a place in the Tamaulipas state congress.

In this way, if she were to lose the elections to occupy a seat in the Lower Chamber, she would have secured a place in the Congress of Tamaulipas.

Salazar Mojica is the daughter of Úrsula Mojica Obrador, cousin of the president of Mexico, she is also a state councilor for Morena in Tamaulipas, and openly supported Mario Delgado when he campaigned for the national leadership of his party.

However, the records of Morena in Tamaulipas occurred “in the dark”, both in the candidacies for federal, local and mayoral councils, because that party lacks a spokesperson and the state leadership has not issued an official statement on who has been officially registered.

The foregoing caused double registrations before the Electoral Institute of Tamaulipas (IETAM), which in the next few days will have to validate who are the official candidates of Morena, since as of April 15 the electoral campaigns in the state will start.

While protests persist, demonstrations of disagreement and the threat of challenging Morena’s records in court.