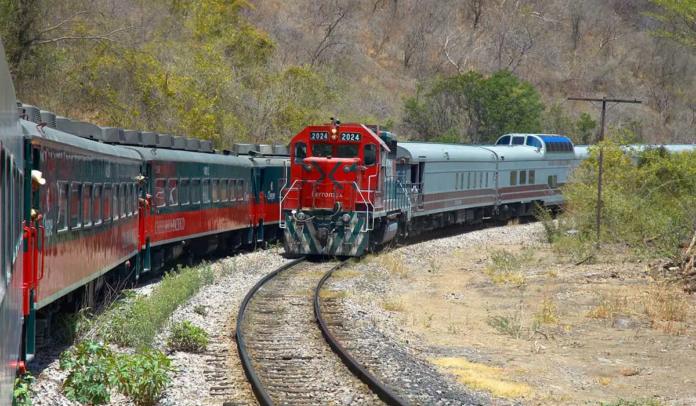 In the Chamber of Deputies, it was proposed that by 2050 there be 11 railway lines throughout the Mexican territory.

Will we return to traveling by train on a daily basis? At least that is how Morena puts it, who predicts that by 2050 11 railway lines will be in operation throughout the Mexican territory. One of them would be the Tren del Golfo, with a route that would start from Matamoros, Tamaulipas, to Palenque. This is what you should know about the project.

How was the proposal born?

Miguel Torruco Garza, a federal deputy for Morena, released on Twitter a map of passenger trains that would be in operation in the next three decades and would increase connectivity in the country.

“We are close to making this a reality and returning passenger trains to our Mexico,” the also secretary of the Foreign Relations Committee wrote in his message on the social network .

On February 24, he indicated that he had proposed to the plenary session of the Chamber of Deputies the return of passenger trains to Mexico. “If this law is approved, we will be laying the legal foundations to interconnect Mexico,” he said.

This will be the path

Among the 11 possible lines, is the Tren del Golfo, which would have an extension of 1,650 kilometers, and would go from Matamoros, Veracruz, to Palenque, Chiapas. Also during their journey, they would make stops at various points of interest, including Victoria, and Tampico.

To which are added cities in the state of Veracruz such as Tuxpan, Poza Rica, Veracruz, Coatzacoalcos; and from Tabasco Heroica Cárdenas, Villahermosa and culminate in Palenque. It would be a good opportunity to get to know all this part of the Mexican territory.

The first city in Tamaulipas to receive the wagons will be Tampico, to continue on its way to the capital Ciudad Victoria and will end in Matamoros. In the border city, you will have the option of crossing to the United States, in addition to connecting with the Transversal Train that goes from the Tamaulipas municipality, with stops in Reynosa, Monterrey, La Laguna, Durango, and with a final point in Mazatlán, Sinaloa.

It should be noted that more than a year ago, businessmen from San Luis Potosí promoted the “Chepe Huasteco”; railway route from the capital to Tampico in order to create a tourist attraction between the region and for other national and foreign visitors.

Congressman announces that the Gulf of Mexico passenger train project is considering passing through Tamaulipas.

The other ten lines thought are:

According to the Railway Transport Regulatory Agency, there are currently five routes that operate in the states of Baja California, Chihuahua-Sinaloa, Mexico City-State of Mexico, Jalisco, and Puebla. In addition, one more is under construction in the area of ​​the Mexican southeast.