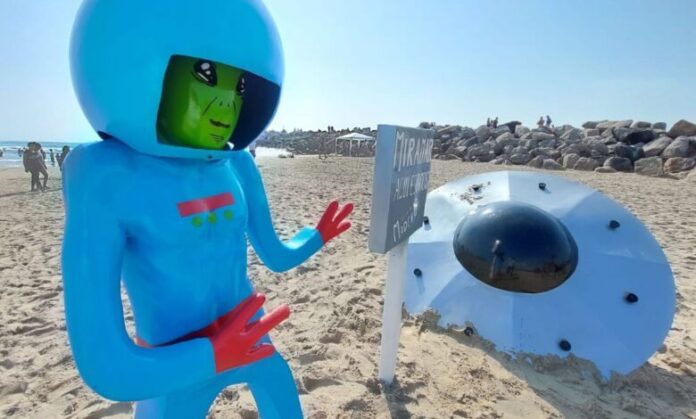 Plethoric looked this Saturday of Glory Miramar beach registering a high influx of visitors of more than 146, 454 to the maximum tourist walk in southern Tamaulipas, exceeding 90 thousand this Friday, reporting white balance so far.

FROM 8 IN THE MORNING THE TOURISTS STARTED TO ARRIVE

The arrival of tourists began at eight in the morning, becoming more acute between twelve noon and four in the afternoon, a period in which there was a higher income.

Municipal and tourism authorities maintained total order in the entry of vehicles since there was a permanent venting both on the coastal boulevard and on the accesses to Miramar, which allowed for positive results.

According to the report issued, this Saturday of Glory 31,472 vehicles and 115 charter buses entered, in addition to the installation of tourist service modules in the beach area, which has made it possible to serve children who at times move away from the area where their relatives are.

In the Inclusive beach area, the trained staff of the DIF Madero also attend to tourists with some mobility problem and through amphibious devices they are taken to the sea.

The arrival of tourists from Queretaro, Nuevo León, San Luis Potosí, Coahuila, Hidalgo, and Mexico City began early in the morning, and they chose Miramar Beach as their destination to enjoy this Easter holiday period.

Many of the visitors spent the night in the beach area, and between 200 and 300 people chose to camp on the maximum promenade, setting up their tents, of which he said they are only allowed in two areas at the height of Tower 6 and In the monument to the Mermaid, spaces are located behind the palapa area to provide greater security to visitors, informed Carlos Álvaro Casados, deputy director of Civil Protection .

This Saturday of Glory that reached a figure that exceeded 100,000 passers-by at the maximum walk were the busiest points at the height of the boardwalk and the mermaid as well as Plaza Gobernadores, in which it was even impossible to walk because of so many people.

Juan Antonio Sánchez, head of the Red Cross guard assigned to the Miramar beach operation, commented that 43 attentions were carried out this Saturday, among which gastrointestinal diseases, dehydrated people as well as some with blows from falls that fortunately did not require transfer.

He also pointed out that rescues were carried out on four bathers, all at the height of the area of ​​towers 1 and 2 near the boardwalk, which were dragged by the strong waves and managed to stabilize them.