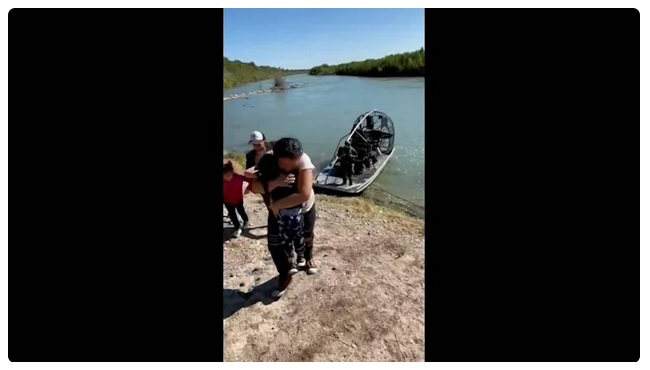 Tamaulipas, Mexico (November 17, 2021).- A five-year-old girl was left alone on an island in the Rio Grande between the U.S. and Mexico, border officials said in a news release.

The girl was found by U.S. Border Patrol agents assigned to the Eagle Pass station, about 145 miles southwest of San Antonio.

Agents had previously encountered a group of migrants who entered the U.S. near Eagle Pass, which included a woman who said that her daughter had been left behind on the island. Those agents notified others, who then found 10 undocumented people on the island, including the young girl, the release said.

The mother and daughter, who are both Venezuelan nationals, were reunited immediately, the release said. None of the people found required medical attention, and all of them were transported to the Eagle Pass station for processing, the release said.

Cuban migrant crossed the Rio Grande with one leg