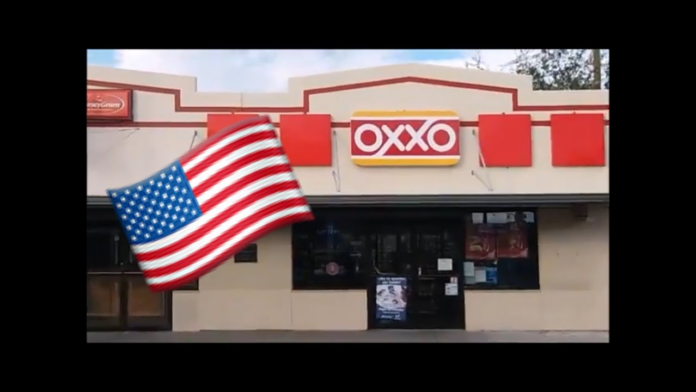 FACTS YOU MAY NOT KNOW ABOUT OXXO

OXXO has become an international brand, a label that has become a benchmark for Mexicans who seek practical solutions at a good price. But how much do you know about OXXO? Check out these data that will surprise you and maybe you will think differently when someone in the office says: “I’m going to the OXXO, does anyone want something?”

1. The first Oxxo store opened in the city of Monterrey, Nuevo León, in 1978. One year after opening, it already had branches in Chihuahua, Sonora, and Baja California. Because at that time the company belonged to the Cuauhtémoc Moctezuma Brewery, initially the stores only sold beer, snacks, and cigarettes.

2. OXXO is not a franchise. Most of the stores in this chain are operated under a commercial commission contract, while some have direct employees. For the company, this is a quality control measure and for this reason, it is not possible to buy an Oxxo store.

3. OXXO arrived in Colombia in 2009, and to date, it has opened more than 50 stores in different cities of this country. Colombia was the first country in which the company began its international expansion.

4. The convenience store chain entered the United States nearly three years ago. In the city of Eagle Pass, a few blocks from the border between Mexico, near the town of Piedras Negras, Coahuila. However, this store apparently no longer exists. However, the company appears to have opened another outlet in another Texas city, Laredo, which borders Nuevo, Laredo, in Tamaulipas. The company’s goal is to open around 900 stores in the neighboring country to the north, in a period of 10 years.

5. The OXXO chain opened its first store in Chile, in the Lo Barnechea district, east of the capital Santiago. The Mexican brand bought, in 2016, 48 stores from the local company Big John, so it now has 48 stores in the Chilean capital, of which 10 will open in the coming months.

6. According to Interbrand, the convenience store chain is the third most valuable brand in the country, with a value of 43.877 million pesos.

Fomento Economico Mexicano (Femsa) reported total revenues of 137,058 million pesos (mp), an increase of 19.7% in the second quarter of 2021 (2Q21), compared to 2Q20, as a reflection of the recovery in consumption in the period and a low comparative base in the business units.

Gross profit increased 23.7%. Gross margin expanded 130 basis points, “reflecting expansion in Coca-Cola FEMSA and in the Proximity Division of FEMSA Comercio, partially offset by a contraction in the Health and Fuel Divisions of FEMSA Comercio.”

Regarding Oxxo’s revenues, Femsa indicated that they increased by 17.1%, the result of a 15.6% increase in same-store sales, driven by a 7.6% growth in the average ticket and a 7.4% increase in traffic.

“These figures reflect a low comparative base, combined with an improvement in consumer mobility and lower operating restrictions during the second quarter of 2021. During the quarter, the Oxxo store base expanded by 128 units to reach 276 net openings in the last 12 months ”.

While operating expenses increased 5.8% to 16,569 million pesos, less than revenues, with cost efficiencies and strict cost control, partially offset by the continuation of the initiative to improve the compensation structure for key personnel in shop.

This included the process of a gradual change from commission-based teams to employee-based store teams and a low comparative base in 2Q20 that considered extraordinary expenses related to the pandemic.

Regarding logistics and distribution, total revenues reached 11,266 million pesos, due to positive dynamics in demand in operations in Latin America, combined with a gradual reopening and recovery of most of the final consumer sectors in the United States.

To translate video from a foreign language:

You’ll see that the subtitles have automatically been translated into English. While everything won’t be translated with 100 percent accuracy, the whole idea is that you can at least get a rough translation so you can easily follow along.

Mexican workers present a new labor complaint in the US, this time against Panasonic

Crisis on the Mexico-Texas border: Why has the US withheld the entry of Mexican trucks?