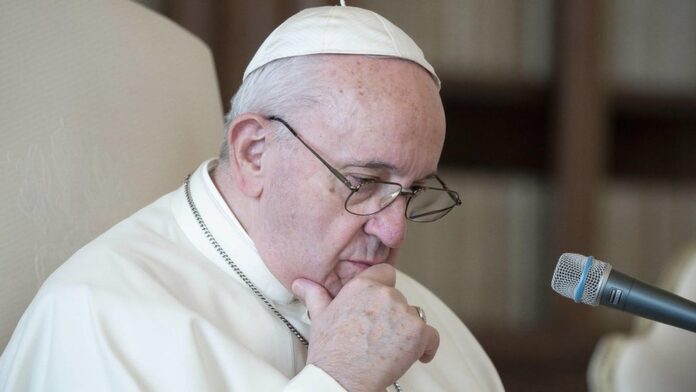 The head of the Vatican expressed his sorrow for the massacre of 15 innocent civilians in Reynosa that was perpetrated by members of the Gulf Cartel.

Pope Francis condemned the armed attack carried out by organized crime groups against the population of Reynosa, Tamaulipas, on June 19, and sent his condolences to the families of the victims, in a letter to the Diocese of Matamoros.

“Upon hearing the sad news of the terrible murders that took place in Reynosa, and in which numerous innocent people lost their lives, the Holy Father reiterates his firm disapproval for this episode of unjustifiable violence,” read the letter from the Vatican addressed to the Bishop of Matamoros, Eugenio Andrés Lira Rugarcía and signed by Cardinal Pietro Parolin, Secretary of State of the Vatican.

“Ask the Lord Prince of Peace to convert the hearts of the violent and grant the bereaved spiritual comfort and serenity,” he added.

“Uniting myself to the prayers and intentions that the Holy Father expresses to you, I greet you and all those present, expressing my most sincere feelings of closeness and esteem in the Lord,” Cardinal Parolin stressed.

The massacre of 15 innocent civilians in Reynosa was perpetrated by members of the Gulf Cartel “who seek to” sow terror “in the population and gain territory,” reported Tamaulipas prosecutor Irving Barrios.

The investigations point to two factions: Los Escorpiones and Los Ciclones, which came together to “destabilize the government,” said the head of the State Attorney General’s Office.