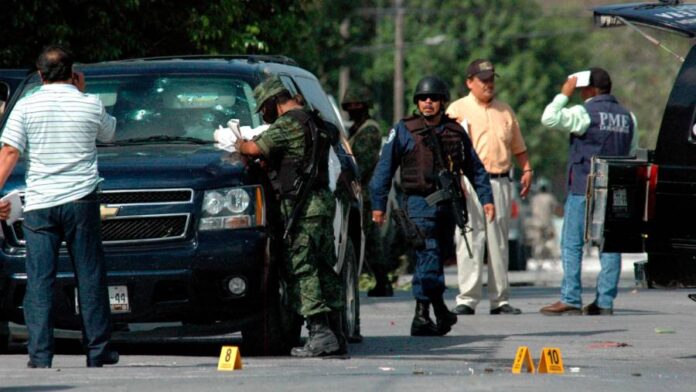 Gunmen aboard a number of vehicles staged attacks in several neighborhoods in the Mexican border city of Reynosa on Saturday, and at least 15 people died in clashes that caused widespread panic, according to local law enforcement.

The Tamaulipas state agency coordinating security forces said in a statement that the attacks began in the early afternoon in several neighborhoods in the eastern part of the city, which borders McAllen, Texas.

The agency said one person died during an attack on police near a border bridge, but it was not clear if the others were shot in random attacks or were targeted.

The shootings mobilized the army, National Guard, state police and other agencies. Authorities said they detained a person who had two women, apparently kidnapped, in the trunk of his car, and said they seized three vehicles.

Reynosa Mayor Maki Esther Ortiz Dominguez sent a tweet demanding the attack be clarified and that the citizenry be protected.

The area’s criminal activity has long been dominated by the Gulf Cartel, but there have been fractures within the gang.

Even so, the Ministry of Security and Citizen Protection (SSPC) has boasted a 4% drop in the first four months of 2021 compared to the same period of the previous year.

The Tamaulipas border with the United States has been the scene of recent violent events.

In May, the national president of Morena, Mario Delgado, denounced that an armed group detained him while he was going from Matamoros to Reynosa in the campaigns prior to the June 6 election.

On January 22, 19 charred bodies were found in a truck in the town of Santa Anita, in the municipality of Camargo, of which 16 were Guatemalans.