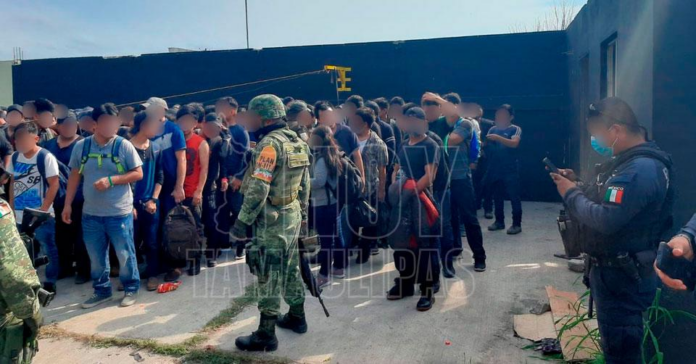 Of which 83 are from Guatemala, 21 from El Salvador and six from Honduras, they were crammed into a home located in the El Jalisco neighborhood, in the municipality of Gustavo Díaz Ordaz

The migrants were at an address located in the El Jalisco neighborhood, waiting to be crossed into the United States.

The operation was implemented in response to a report received by C-4, about undocumented immigrants in overcrowded conditions at the aforementioned address.

Upon reaching the aforementioned point, the state troops together with the federal authorities achieved the release of the migrants, supporting their transfer to the facilities of the National Migration Institute in Reynosa.

According to the State Police report, of the 110 migrants who were rescued, 83 of them are from Guatemala, 21 from El Salvador, and six from Honduras.