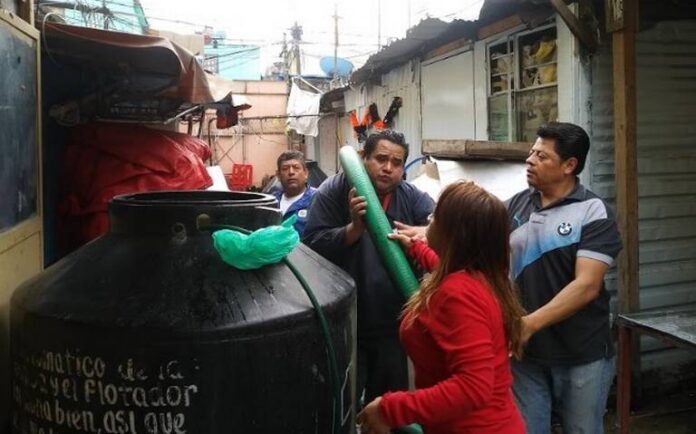 TAMPICO. The drought emergency has worsened in the Mexican state of Tamaulipas due to the lack of water for human consumption, cultivation, for industry, and has affected those who make a living from fishing. Two companies have already gone out of business and there are panic purchases of bottled water.

Data from the National Water Commission (Conagua) indicate that until the end of April the 43 municipalities of Tamaulipas presented drought, from moderate to exceptional, highlighting that 29 had severe conditions.
Due to pandemic, families double their spending on jugs of water

The southern region of Tamaulipas, which has stood out for its tourist, port, oil, and industrial potential, faces one of its worst crises due to the lack of rain and leaks in the Chairel lagoon system that allows the entry of salt water that comes from the Pánuco River, connected to the Gulf of Mexico.

After an emergency call made by the Council of Business Institutions of the South of Tamaulipas (CIEST), the water utility in Tampico and Ciudad Madero, as well as Conagua, undertook the task of placing barricades in the estuaries of that lagoon to prevent the liquid from escaping, works that, being provisional, constantly fail.

The water that reaches homes and industry shows high concentrations of salinity, assuring analysts that it is due to the entry of seawater into the catchment vessels, while the Potable Water and Sewerage Commission (Comapa) of the metropolitan area maintains This flavor is due to the low water, the low levels of the water bodies and the high level of evaporation that generates mineral concentration.

“The dry period is supposed to end at the beginning of May, but it has not rained yet, the dry period is lasting longer than usual. In addition to the fact that more water is being extracted instead of being received by the leaks in the dike —El Camalote— and because seven cubic meters of water per second are extracted daily, for the use of the population “, explained Sergio Jiménez Hernández, a doctor in Oceanography and researcher at the Autonomous University of Tamaulipas (UAT).

Since last Thursday, there have been panic purchases of bottled water due to the fear of residents of the southern part of Tamaulipas of running out of supply for personal consumption.

Vending plants registered long lines of buyers, while in some shopping centers the purchases were massive.

In this sense, Elvira Álvarez, in charge of the Agua Tancol establishment, said that the shortage occurs because people believe that there will no longer be water. Álvarez assured that there will be water in the purifier plant and she recommends keeping calm and being aware of the use.

Meanwhile, the Council of Business Institutions of the South of Tamaulipas (Ciest) reported that two plants in the industrial corridor stopped activities due to damage to their equipment as a consequence of the salinity of the water.

The representatives of industrialists in Tamaulipas mentioned that MG Polímeros is one of the companies that remain unemployed due to damage to the reactors, estimating that the inactivity of this company generates damages in excess of one million pesos per day.