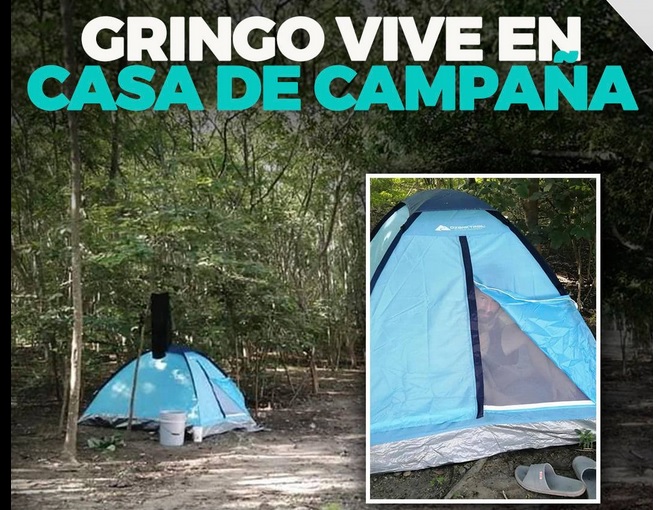 The Chiapas Sin Censura Facebook page stated that there is a person, supposedly an American citizen, who is living in a tent right by the Laguna del Carpintero in the northern state of Tamaulipas. The area is widely known for the large population of crocodiles.

The publication title says “Gringo” living in a tent.

On the mangrove area of the Carpintero Lagoon in the city of Tampico, Tamaulipas, an American citizen has installed his tent to stay for a few days in this city, he says he does not have economic resources and wants to return to his country.

Christopher is the name of this person who says he has come all the way from Tapachula, Chiapas to fix a family problem, now he is in Tampico without financial resources, but with the firm objective of returning to his country, the United States of America.

He says he is grateful to the people of Mexico and their hospitality, that is why they will seek to work in this city to obtain some money and continue his way to the American side of the border.

On the subject of settling on the mangrove area of the Carpenter’s Lagoon, Christopher said it seemed like a pleasant place to set up his tent, with not too many mosquitoes in the morning and night.

Apparently, the man is not aware of the fact that many crocodile attacks have been registeres in the Laguna del Carpintero.