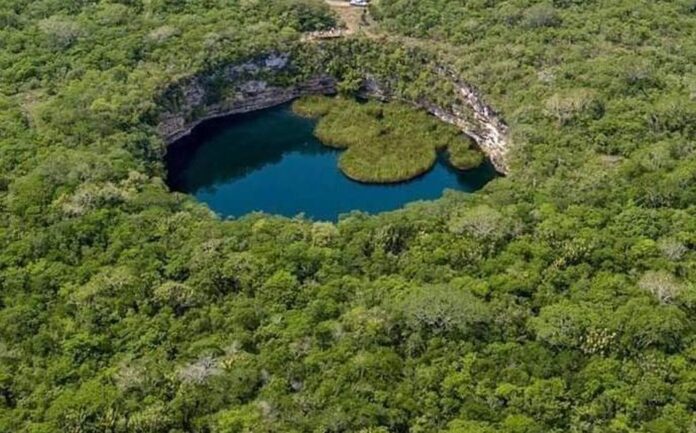 El Zacatón, located in the municipality of Aldama, is about 300 meters deep

The deepest cenote in Mexico is neither in Yucatan nor in Quintana Roo but in Tamaulipas, contrary to the belief that can be had as the first two states are the ones that generate the most tourism from these sites formed by nature.

According to the National Institute of Statistics and Geography (Inegi), El Zacatón is the deepest cenote in Mexico, it has a natural tunnel that measures approximately 300 meters deep .

This cenote, which is located in the municipality of Aldama, Tamaulipas, is part of a system of five interconnected natural formations.

They are El Zacatón, Poza Verde, El Caracol, Poza Azufrada and La Pilita , very close to them are other sites: Los Cuarteles cave and El Salto spa, which are also included in tourist tours.

In September of last year, NASA used this cenote to test its exploration on Jupiter. There a robot managed to descend 319 meters deep.

Cuban migrant crossed the Rio Grande with one leg