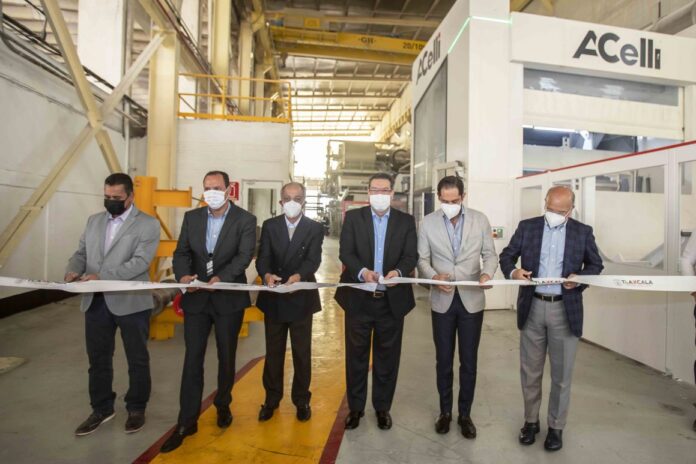 450 direct and 150 indirect jobs are generated for the families of the entity.

Governor Marco Mena inaugurated the Blue Tissue company in the municipality of Yauhquemehcan, a company dedicated to the industrial production of paper, which generates more than 450 formal and 150 indirect jobs for the benefit of families in this region.

In his message, he stated that, despite the Covid-19 pandemic and the economic implications that it caused in the country, Tlaxcala continues to attract investment, with the construction of important public works without contracting debt and maintains the positive trend of economic growth and generation of formal employment.

“In the last four years, the balance of having healthy finances has shown positive indicators that place the state at the top of the national table in various areas compared to other entities in the country,” he emphasized.

Mena pointed out that never before had Tlaxcala been the first national place in economic growth, with 6.5 percent in 2019; In addition, formal employment has reached its historical maximum, “which means that one out of every 10 formal job sources that exist in the state has been created during the current state administration,” he said.

Marco Mena recognized the importance of materializing the installation of Blue Tissue in Tlaxcala, since the investment effort made by businessmen allows families of the entity to have a formal job; Furthermore, he explained that in contrast to the national scenario where the arrival of investments is difficult, the state government, in coordination with the private initiative, supports projects that create job opportunities for people.

Governor Marco Mena pointed out that the state administration will continue to support investors, with the vision of being a facilitator for entrepreneurs to successfully consolidate their projects.

55 Central American migrants found inside a house in Reynosa, Tamaulipas

Mexican dies trying to enter the US illegally