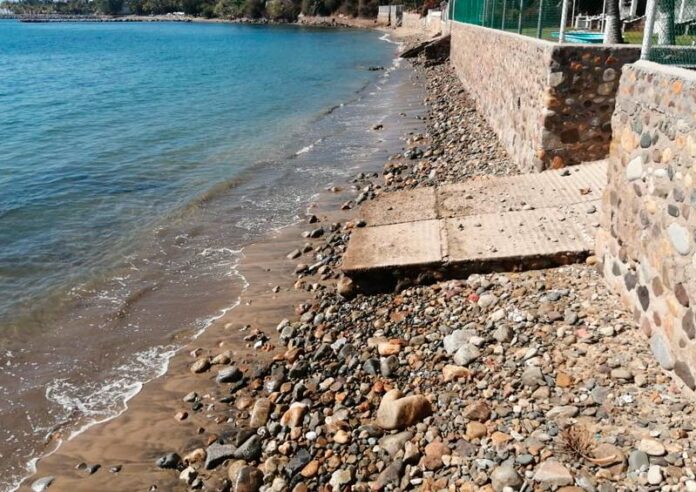 The municipal president Jaime Alonso Cuevas, gave his opinion regarding the issue of the breakwaters in the beach area between Tizate and La Cruz de Huanacaxtle to indicate having knowledge of this problem, which, although it is not in the sphere of influence it is handling the complaints to make them known to the federal authorities.

Cuevas Tello said he was aware of the issue and was attentive to the complaints made by people affected by this harmful construction that affects the dynamics of ocean currents, beaches, and marine fauna.

He stressed that this matter has nothing to do with the municipal sphere but that these citizen complaints must be heard to be the vehicle that will take them to the corresponding authorities to seek solutions to this difficult problem.

In this sense, we must mention that these works continue to advance in the face of the despair of the affected people, from residents to seafarers who also see with sadness how the beaches disappear and in the sea it affects the marine species that are the livelihood of their families.