Mazatlan, Sinaloa.- The change of climate is the first thing that tourists feel upon arrival at the port, a heatwave welcomes them, but it is worth putting up with it in order to spend a pleasant and fun weekend.

From Aguascalientes, Dana and Ricardo visit the city for the first time, so far they have only known the boardwalk and Isla de la Piedra, tourist sites that have been to their liking.

It is the first time we come, the climate is very different, but we endure it. We have only known what the boardwalk is, it is very cool, there are many people

Cesar traveled with his cousins ​​from Saltillo, Coahuila, he says he has been visiting Mazatlán for six years in a row and every time he comes he loves the city more.

“I have been coming six years in a row without lying, I love Mazatlán, the truth is fine; the cordiality of the people, the beach, the city itself, fascinates me, the weather goes without saying, it’s quite hot more than there because it’s wet here, but it doesn’t matter, we can handle it, “he said. 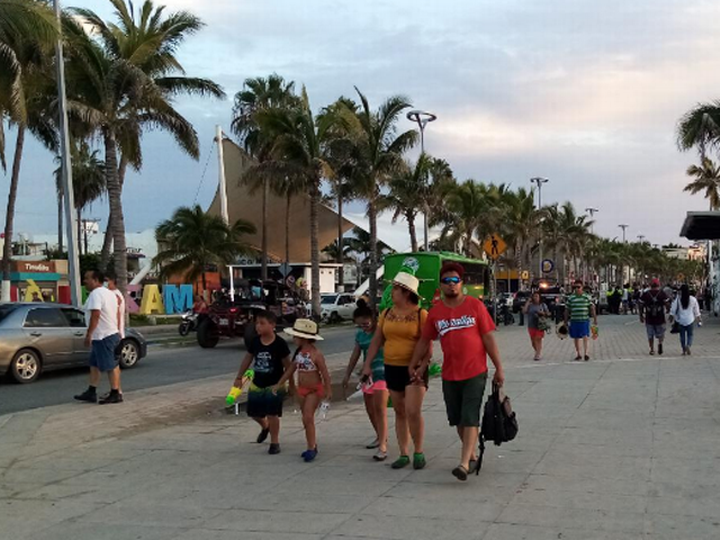 Juan is originally from the city of Puebla. It is the first time he comes to the port. What he has liked the most are its beaches and the good atmosphere that exists in them.

We are just getting acclimatized, the city is very good, what I liked the most is the good atmosphere on the beach, the music

The tourists pointed out that the preventive measures are not so strict in the port, since they mentioned that to enter the establishments they followed the protocols, but already in the tourist area they relax a bit since almost nobody wears a facemask.

Want to report Police corruption in Mexico? There’s an app for that? Wait there’s a catch though!